A few days ago I posted a tweet remarking an issue I get a lot when testing my own/works websites in Opera. I was subsequently asked if I could share a screenshot, it’s been a bit hectic recently but I have finally got round to it. I’m not positive on the causes of the problem but I assume it is related to the way I code and build websites.

As I’ve previously stated I code websites to be content prominent rather than using a traditional top down approach. This effectively moves my header elements to the base of the code and through a mix of positioning techniques, margins and padding I move the website around to position the header back at the top of the page.

The problems itself appears to be a doubling of the space I make available for the header to be positioned into, with all elements, header included, moving down the page by this number. The issue becomes more confusing as refreshing the website can at times correct the issue, inexplicably. 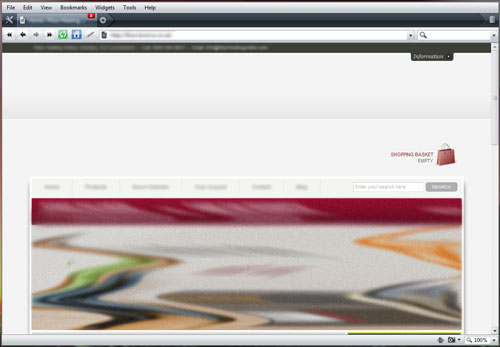 The above screenshot shows the issue of the phantom extra space between the head of the document and the content. 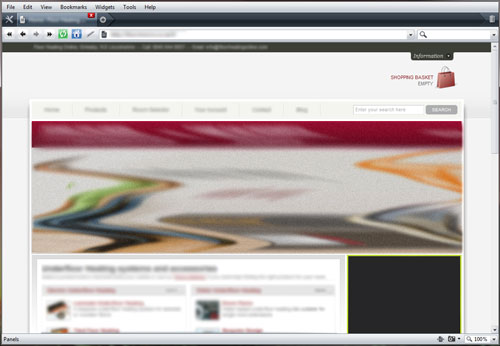 Above shows one of the times Opera corrects itself on refresh.

Both images have been blurred and had elements removed as the website is still currently in development. The image also shows a top bar absolutely positioned in the correct place that falls outside the main container div that has the extra margin, the header div is however contained within this div. This margin appears to be the problem. I would like to link to a live example of this problem however I’m unable to find a site that is still showing the problem.

I admit the problem is an annoyance but as Opera controls such a small sector of the browser market extensive time cannot be spent of solving the issue, especially if it is at the expense of the coding methods I use. As the issue neither hides content nor makes functionality inoperable there is little need to worry over the issue so much, but I’m curious to see if anyone else has had similar issues.