Trying out some illustration

In over 4 years of doing web design professionally I’ve always been a little adverse to opening Illustrator and doing any vector work whatsoever. I’d learnt Photoshop whilst at University and I am used to working in pixels, except for a slight foray into Macromedia Freehand (remember that?).

But recently I’ve been trying to understand Illustrator a little more, first by editing existing vector images and then creating basic icons, but this week I went a little mad and tried a full blown illustration. The result of which you can see below, or on the final site for a childminder in Hartlepool: 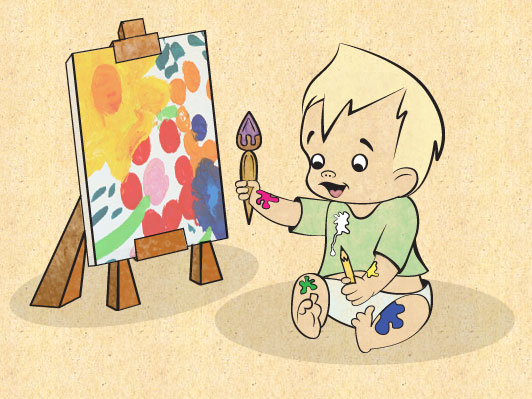 Personally I think it turned out pretty well for a first attempt, it became somewhat of a mix between Illustrator and Photoshop so I could use some textured brushes but on the whole I think I got the right style I was looking for. Given more time I may have looked into the possibility of shading or tried a little harder to get the proportions of the canvas right, but in truth attacking an illustration for this project was going a little outside the confines of the budget.

I can’t see this as me starting to do more illustration work, mainly because it’s too time intensive for most of the projects I tend to work on but also I still think I’m likely to trip myself up if I try to do too many. I simply wanted to prove to myself that I could do it so that on the odd occasion I need to do something like this again I can do it with a little more confidence that I have the ability to do it.

But for now I can just look at this with feeling that I did a good job.